Simply whatever comes to mind. Probably about St. Helena but not always . . . 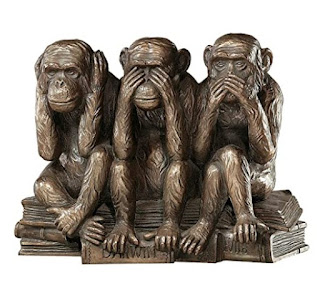 Some people ask why I comment on "wrongs" that don't directly affect me. The answer's here ... https://en.wikipedia.org/wiki/First_they_came_...

First they came for the Communists

Because I was not a Communist

Then they came for the Socialists

Because I was not a Socialist

Then they came for the trade unionists

Because I was not a trade unionist

Then they came for the Jews

Because I was not a Jew

Then they came for me

And there was no one left

To speak out for me

Something wrong still deserves comment, whether you are personally affected or not.

"Bad men need nothing more to compass their ends, than that good men should look on and do nothing." (https://en.wikiquote.org/wiki/John_Stuart_Mill) -  usually presented as "All that is necessary for the triumph of evil is that good men do nothing". 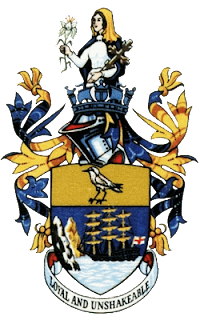 Apparently quite a lot of people are considering standing for Council at next year’s General Election.  Younger people.  People with a vision for how St Helena should be run.  People who, in my (and, I suspect, most of the electorate’s) estimation, would be good Councillors, committed to doing good things for the island.  And I gather there is only one big thing holding them back.

They don’t, in the words of one, want to be “A lone voice in a sea of dickheads”.

They fear that if they stand and are elected, but find themselves on Council with the current “Old Guard” incumbents, they will be bullied and harassed by these dead-heads until they leave, as has happened in recent years to other younger, brighter Councillors.

I understand their fear.  It is an entirely realistic scenario.  It has happened before.

Only if we can get enough of these younger, more competent people to put their names into the ring so that progressive and motivated Councillors can form a majority can we have any hope of electing a more forward-thinking Council, committed to serving the needs of the people of St Helena rather than just doing what the officials tell them to do while feathering their own nests.

(For the avoidance of doubt, I don’t believe all our current councillors to be lazy, incompetent or border-line corrupt).

So how do we get these people to declare themselves so that others with the same motivations can see them and think “Yes, me too...”?

If I knew the answer I would not be asking the question.

In 2008, towards the end of the Constitution review process that resulted in our current Constitution, one of the drafting team was asked:

“The changes that are being proposed are by the Governor who wants it in by election time in next year. It hasn't necessarily come from the people.” (St Helena Herald, 21st Nov. 2008, page 6).

You could ask exactly the same question today.

And the answer was, basically, that full consultation would take too much time, which is also exactly the answer you would get if you asked this question today.

Impressive (but sadly not surprising).

(For more about the changes needed that are apparently not going to be made see http://sainthelenaisland.info/constitution.htm#changesneeded)

No longer what its name suggests

Having some data allowance spare at the end of the month I downloaded pdf versions of all the island newspapers for my archive.

I don’t buy the “Independent” (as it calls itself, even though it isn’t) but scanning through the pdfs I noticed just how much effort it had put into persuading readers that the recommendations of the “Governance Commission” (the body of people carefully selected by the Governor to tell him to do what he wanted to do anyway) were the right way forward for the island, the best ideas available on the planet and, indeed, the best ideas humanity had ever come up with since climbing down from the trees and standing upright.

Of course, it should be noted that the editor of the “Independent” is also a member of this undemocratic and wholly unrepresentative “Commission”, so I suppose he would agree with its report, wouldn’t he?

I looked but couldn’t find in any of the articles anywhere where he declared his obvious conflict of interest.  A professional journalist would, of course, have done so, or better still would have refrained from using his newspaper to sell his own work.

I remember the days of old when the Independent (which it then was) took a sceptical approach to Government, challenging it to do better.  No longer so, it seems.

They say people buy a newspaper not to be informed but to have their prejudices confirmed.  That being the case, the people who buy the “Independent” these days must believe that everything our Governor and his government does is wonderful, appropriate and in the best interests of the people of St Helena.

It is sometimes said that St Helena follows the UK, only 40 years behind.


40 years ago the UK had a new Conservative government that believed that wealth was all that mattered and “society” was no longer a meaningful concept.  They sold off the nations assets and put millions into poverty while a select few got richer.

It looks to me like much the same is now happening here.

Certainly our assets –land and fishing – are being sold off to overseas interests.  Someone even said our wind and our sunshine are being sold to PASH who will collect the energy from them and sell it back to us!  And certainly we have a lot of people struggling to make ends meet.  Salaries have risen less than official inflation (and much less than actual price-rises) for some years

SHAPE, I hear, will get NO money from SHG this year.  Neither will the Community Development Organisation. “Society” is being allowed to fall apart.

In the early 1980s there were riots in UK cities.  We have an increase in vandalism.

Last night I went along to the Jamestown “public engagement” meeting to hear what the Governor’s unrepresentative body had to say about its proposals to change how government works on St Helena.  I have three things to report:

1.       It seems we will soon be invited to vote on whether or not we want “Ministerial Government”, but exactly how that would work has not been fully thought through.  The speakers could not answer many of the audience’s questions and one of them openly stated that he had not read all the detail in the Sarkin report, on which their work is supposedly based.

We are being asked to vote for a vague notion with no idea what the final result will look like.

A bit like being asked to commit irrevocably to buying a house when they can’t tell you what district it’s in, how many bedrooms it has, whether it is on a big plot or a tiny one, etc. etc.

This is not satisfactory.  They should do the work properly and ask us to vote on a real, functional package, not a vague notion, however attractive that notion might be.

2.       It seems to me that this whole process is being rushed through to meet some arbitrary deadline, presumably set by the Governor.  It is NOT necessary that we get this done in time for the 2021 election (probably in July).  It is better to get it right than to do it quickly.  There will be other elections; they can be called at any time.  The current system is not so bad that we have to rush into a quick fix that has not been properly thought through.  Governor Rushbrook may want it all done and dusted during his term so that he can put it on his CV, but I think it’s better that before we make such a radical change to how government works on St Helena we should first take the time to make sure it’s the RIGHT change, and that it will actually work in practice.

Otherwise we may end up, as the saying goes, jumping out of the frying pan into the fire.  As one attendee put it last night “Better the devil we know ....”

3.       When the subject of the Governor’s powers came up it was extremely disappointing to hear the speakers saying that Saints are not yet ready to take control of their own destiny so need a Governor to stay in control and make sure everything is OK.

I strongly reject this defeatist attitude.  Saints, in my opinion, are as capable of controlling their own destiny as any other people in the world.  Yes, perhaps mistakes will be made, but they will be “our” mistakes, as opposed to the mistakes forced upon the people of St Helena by a middle-ranking civil servant appointed to us by London.  Can anyone tell me Governors and other appointees from London have never made mistakes?

We have a Human Right of self-determination. Britain should stop interfering with that right.

Please go along to your local meeting and see if you find the same as I did. For the schedule follow the link below:

Let’s focus on St Helena, but what follows applies equally in many other “OT”s.

The residents of St Helena (“Saints”) are not allowed to vote in British parliamentary elections for the government that will dictate their fate.  London appoints a Governor, selected by the government for which the Saints cannot vote, and this person has ultimate power over the island, reporting only to the UK Government.  St Helena does have a local democratically-elected Council, but it really has little power – no more than a UK District Council.  The people of St Helena do not have the right of self-determination which, according to the UN is one of the most basic Human Rights.  Saints were not, to give a recent example, allowed to vote on BREXIT; whether Britain remained in or left the EU was decided with no input from the island.

It has been argued that St Helena cannot have Democracy while it is still financially dependent on the UK.  This is a ridiculous argument.  Since when were Human Rights only granted to people who turn in a profit?  If Manchester was running at a loss would its residents lose their right to vote?  What about the isolated Scottish Islands, who are financially dependent – should they lose their democratic rights?  Anyone who suggests that being financially dependent means you lose your right of self-determination has fundamentally misunderstood the basic concept of Human Rights.

Surely before Britain lectures other countries about Democracy and Human Rights it should get its own house in order?  People who live in glass houses ...

So two things need to happen; sooner rather than later.

Firstly Britain needs to find a way to allow the citizens of its overseas territories to vote in UK parliamentary elections and national referendums.  It can’t be that hard – France and Holland both manage it.

Secondly Britain needs to reduce the role of its Governors to a purely ceremonial one, with no political power over their Territories whatsoever, and set up a meaningful legislature with genuine power of self-determination in each of its Overseas Territories.

For more about the wonderful Island of St. Helena see the site http://sainthelenaisland.info